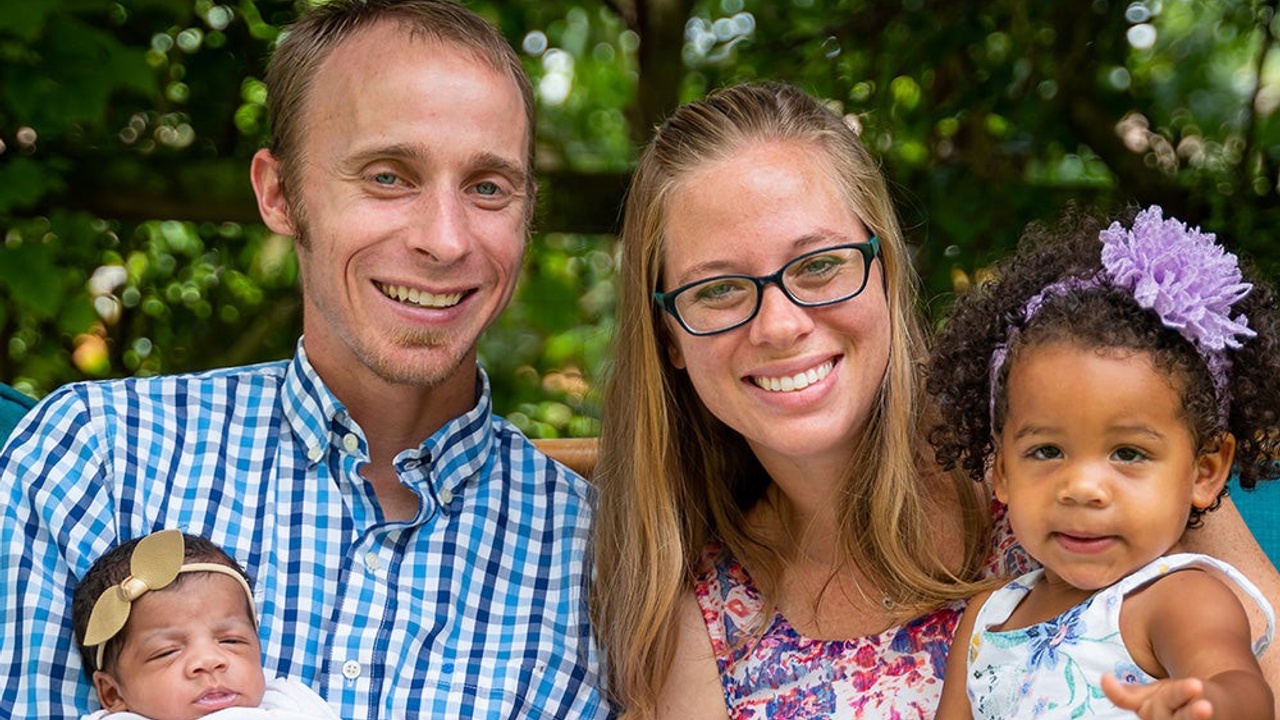 Coming from a family of seven kids, I never gave a single thought to the possibility of not being able to birth my own children. Getting married and having a family was always on my mind; from when I attended babysitting classes at the American Red Cross, to the dreamy dating days with my would-be husband Kevin years later. Though we married young and decided to wait before trying to conceive, I knew one day we would be installing car seats and I would be the honored guest at a baby shower.

After living in Texas for four years, my husband started applying for jobs elsewhere. In 2015, a private Christian school in Clermont, Florida, hired my husband to teach. We moved to Florida blindly, not knowing the area but relying on God’s leading. We knew it was time to start our family, and I counted down the days toward settling into motherhood.

But after one year and twelve menstrual cycles, we were classified as infertile. Even though I was only 26 years old and I knew we had time, I started to worry. I spoke with my doctor, underwent preliminary tests and asked Kevin to do the same.

In December of 2018, the doctor gave us the difficult diagnosis of “unexplained infertility.” We were already in the minority of having infertility, but not getting solid answers was even more frustrating.

Kevin and I took a hard look at our funds and knew we could not pursue medical treatment. I also sat with my grief and prayed for peace before we moved forward toward foster care or adoption. One day I was on my couch looking out my window at the cars passing by. My tears fell as I asked God where my kids would come from. I wasn’t sure what to do.

I felt peace from God and then a tug that sounded something like, “Your kids are out there. Go get them.”

This affirmation helped me wipe my eyes and get up off that couch. God was clearly leading me to get to work. Just like James 2:17 says that without works, our faith is dead; I needed to act in faith by gathering information about all our options.

Our job was to knock on doors, and so we did. Kevin and I made phone calls, sent emails, talked to friends and strangers about any opportunity that might help us grow our family. We connected with a lawyer who helped with infant adoptions, and we carefully followed his advice. We also started the paperwork with DCF to attend a foster care orientation.

In September of 2019, we received a call from the lawyer who had first helped us. We were told about an infant abandoned at the hospital, and for the first time, Kevin and I looked at each other with a parental glow.

We asked to be considered as adoptive parents.

Two days later, the hard news came that they chose another family. We were both surprised at how shattered we felt. That heartbreak bound us together as it showed us how ready we were. We trusted God’s leading and clung to the hope that He would lead us to our children.

The home study process was expensive and grueling. We finished it and then applied for several birthmother situations. It was hard to wait for answers as sometimes it took over a week to hear back. We were turned down several times until finally, on February 1st, I received a notification about a baby girl due in a few weeks.

“I need your adoptive profile sent to me overnight so I can present it to her.” The caseworker told us.

I got up early Monday morning to ship it, excitement and nerves shooting through me. My phone never left my side on Wednesday and at 2:30pm I got the text from the caseworker that said,

“Do you have a name for this baby?”

I knew the birthmother had chosen us and I couldn’t stop smiling. We called our families as the hot sunlight streaming through my window. After a celebratory dinner and restless night, I got to work the next day preparing to become a mother. The only baby items I owned were a blanket, two toys and a pair of neon green baby shoes my friend had given me. My days were spent creating a baby registry, answering text messages, picking up donated breastmilk, buying a crib, talking to the birthmother and even driving to meet with her.

The first time Kevin and I met Ashley, she was tall and striking in a black dress, her belly swaying under the flowing fabric as she walked. We laughed over dinner and she begged us to tell her the names we picked out. On the drive home, Kevin and I were speechless that in just two weeks, we would become parents.

Eden Renee was born safely in the middle of the night on February 21st, 2020. She was almost seven pounds and had a head full of dark hair and perfect little lips.

We spent two days in the hospital with Ashley and the baby. Ashley’s tears told us how hard it was for her to give us her beautiful little girl. She knew it was the right decision but it didn’t take away the pain. Eden was not her first child, but she was her first adoption and I could feel the physical and emotional turmoil that she experienced after Eden’s birth.

Spending more time with her reminded us of the truth: Ashley’s life is challenging. She struggles with addiction and even though she knew she couldn’t take care of the life inside of her, she still wanted the best for her.

Being part of a successful open adoption has not only given me more compassion for others, but it has given me a fresh view of their value in the eyes of God. No matter what decisions Ashley has made, being a part of her life and her child’s life gives me a special glimpse into what makes the heart of God beat. God gives me an unconditional love for Ashley and has helped me see her for who she is: A child of God.

We hugged Ashley goodbye after spending two days in the hospital with her, and drove our little bambino home.

Caring for a newborn while my husband worked full-time and in the middle of a pandemic was difficult. Eden and I took a lot of walks to avoid cabin fever. At night, I would collapse into bed after cluster feeding and holding her for hours before she finally fell asleep. It was mentally and physically exhausting, but we knew it was worth it.

Eden was only eight months old when Ashley texted me a positive pregnancy test. I said, “Is that what I think it is?” Having never seen a positive test myself, I was not sure. She asked if we wanted another baby, and Kevin and I looked at each other laughing and smiling.

We knew how important biological siblings were in adoption, so we said yes. Little did we know that taking care of two babies only fifteen months apart would be an even greater challenge. It was our faith that carried us through the decision, and God’s peace rested with us as we prepared for another baby.

Ashley was gracious in communicating with us throughout the pregnancy and we were able to accompany her to ultrasounds. She asked me to come to the hospital for the birth, and I stayed in her hospital room during labor and accompanied her to surgery for the C-section.

Shiloh Elise came into the world a little bit early on May 22nd, 2021, and stayed ten days in the NICU. Though she was a premie, she had no serious health complications and we were able to take her home weighing just under five pounds. We see God’s beauty in our baby girls every day, and we receive His strength to raise them with wisdom, patience and compassion. Having two so close together is time consuming, exhausting and challenging. Kevin and I both have had long days and nights taking care of them. But we know they will only be little for a few years, so we are doing our best to be patient and give ourselves a lot of grace.

It’s humbling to raise someone else’s biological children, but we feel honored every day that God brought us to Ashley. She gave us an opportunity to tuck her little girls under our family’s wings, and it has been an incredible experience. I see God’s hand in every line of our story, every picture we take.

Being a mom gives me plenty of opportunities to not only lean into His presence and rely on His strength, but also bask in the beauty of what family means to Him.

Family means that we are ALL His children.